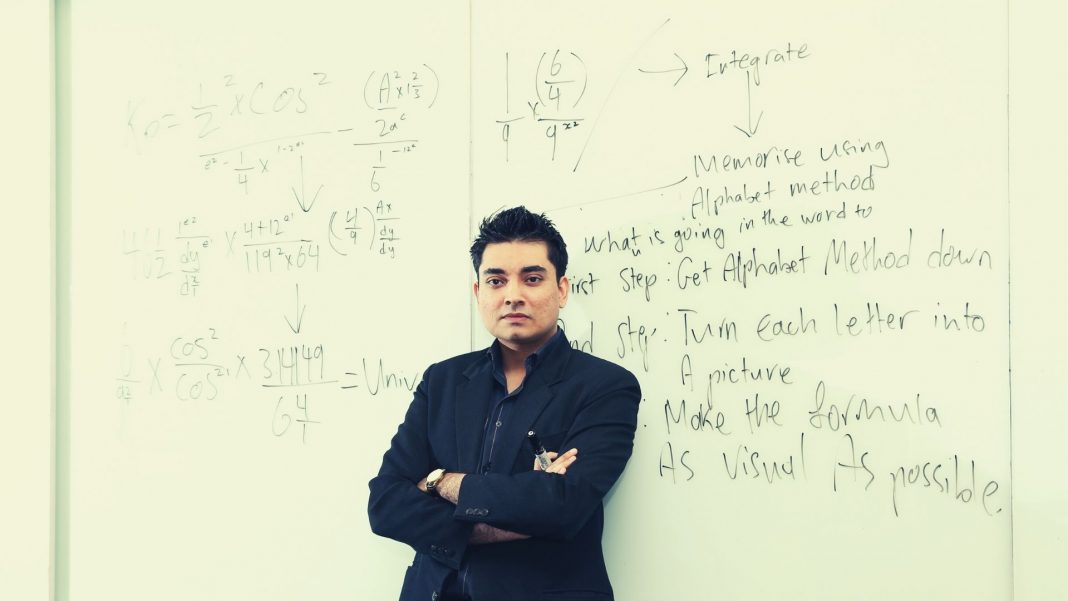 It takes a special kind of human to attain a world record. Sancy Suraj of Singapore has two. Sancy is a memory athlete that competes in memory sports. Memory sport, sometimes referred to as competitive memory or the mind sport of memory, refers to competitions in which participants attempt to memorize then recall different forms of information, under certain guidelines.

Sancy’s first memory competition was in 2011 when he represented his country, Singapore, at the World Memory Championships held in Guangzhou, China. Over the 10 day event, Sancy memorized 176 abstract images in 15 minutes, 98 words in 15 minutes, 480 numbers in 60 minutes, 51 names, and faces in 15 minutes and 460 binary digits in 30 minutes.

“I used a variety of memory techniques to memorize”, said Sancy Suraj.

Techniques for training memory are discussed as far back as ancient Greece, and formal memory training was long considered an important part of basic education known as the art of memory. However, the development of trained memorization into a sport is only a development of the late 20th century, and even then has remained relatively limited in scope. The first worldwide competition was held as the World Memory Championships in 1991, and has been held again in every year since, with the exception of 1992.

Researchers have looked to discover the differences between brains with superior memory and those with average memory both in structure and capabilities, and whether their capabilities are innate or developed. Some research has found that there are no fundamental differences between brains with superior memory and the average person. Instead many superior memorizers, like those in the World Memory Championships, use mnemonic learning strategies to practice preferential engagement of areas of the brain such as the hippocampus and the medial parietal and retrosplenial cortices which allows them to store and access more information in their working memory.

After the World Memory Championships, Sancy broke the Guinness World Record for the Longest Colour Sequence Memorized. For that memory record, he memorized 160 colours in 5 minutes 20 seconds. “I used The Roman Room Technique, or commonly known as The Method of Loci to memorize those colours in order,” said Sancy.

The method of loci (loci being Latin for “places”) is a strategy of memory enhancement which uses visualizations of familiar spatial environments in order to enhance the recall of information. The method of loci is also known as the memory journey, memory palace, or mind palace technique. This method is a mnemonic device adopted in ancient Roman and Greek rhetorical treatises (in the anonymous Rhetorica ad Herennium, Cicero’s De Oratore, and Quintilian’s Institutio Oratoria). Many memory contest champions report using this technique to recall faces, digits, and lists of words.

The term is most often found in specialised works on psychology, neurobiology, and memory, though it was used in the same general way at least as early as the first half of the nineteenth century in works on rhetoric, logic, and philosophy.

‘The method of loci’, an imaginal technique known to the ancient Greeks and Romans and described by Yates (1966) in her book The Art of Memory as well as by Luria (1969). In this technique the subject memorizes the layout of some building, or the arrangement of shops on a street, or any geographical entity which is composed of a number of discrete loci. When desiring to remember a set of items the subject ‘walks’ through these loci in their imagination and commits an item to each one by forming an image between the item and any feature of that locus. Retrieval of items is achieved by ‘walking’ through the loci, allowing the latter to activate the desired items. The efficacy of this technique has been well established (Ross and Lawrence 1968, Crovitz 1969, 1971, Briggs, Hawkins and Crovitz 1970, Lea 1975), as is the minimal interference seen with its use.

The items to be remembered in this mnemonic system are mentally associated with specific physical locations. The method relies on memorized spatial relationships to establish order and recollect memorial content. It is also known as the “Journey Method”, used for storing lists of related items, or the “Roman Room” technique, which is most effective for storing unrelated information.

The most recent memory record that Sancy has is the Singapore Books of Records for the Most Number of Pi Digits Memorized and Recited. For that record, Sancy recited 1505 digits of pi in 30 minutes. “I used a combination of the major system and the method of loci to memorize and recite all of those numbers”, said Sancy.

Memory feats centered around numbers can be performed by experts who have learned a ‘vocabulary’ of at least 1 image for every 1 and 2 digit number which can be combined to form narratives. To learn a vocabulary of 3 digit numbers is harder because for each extra digit 10 times more images need to be learned, but many mnemonists use a set of 1000 images. Combination of images into a narrative is easier to do rapidly than is forming a coherent, grammatical sentence.

This pre-memorisation and practice at forming images reduces the time required to think up a good imaginary object and create a strong memorable impression of it. The best words for this purpose are usually nouns, especially those for distinctive objects which make a strong impression on a variety of senses (e.g. a “Lime” for 53, its taste, its smell, its colour and even its texture are distinctive) or which move (like an “arrow” for 4). For basic proficiency a large vocabulary of image words isn’t really necessary since, when the table above is reliably learned, it is easy to form your own words ad hoc.

When asked if he plans to break anymore memory record, “I’m in the process of training for another memory record. I can’t say what it is for now, but it’s going to be a big one!”, replied, Sancy Suraj.

Influencing your way to great negotiations